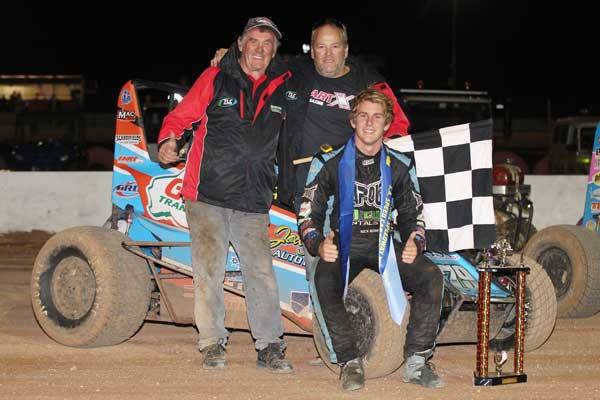 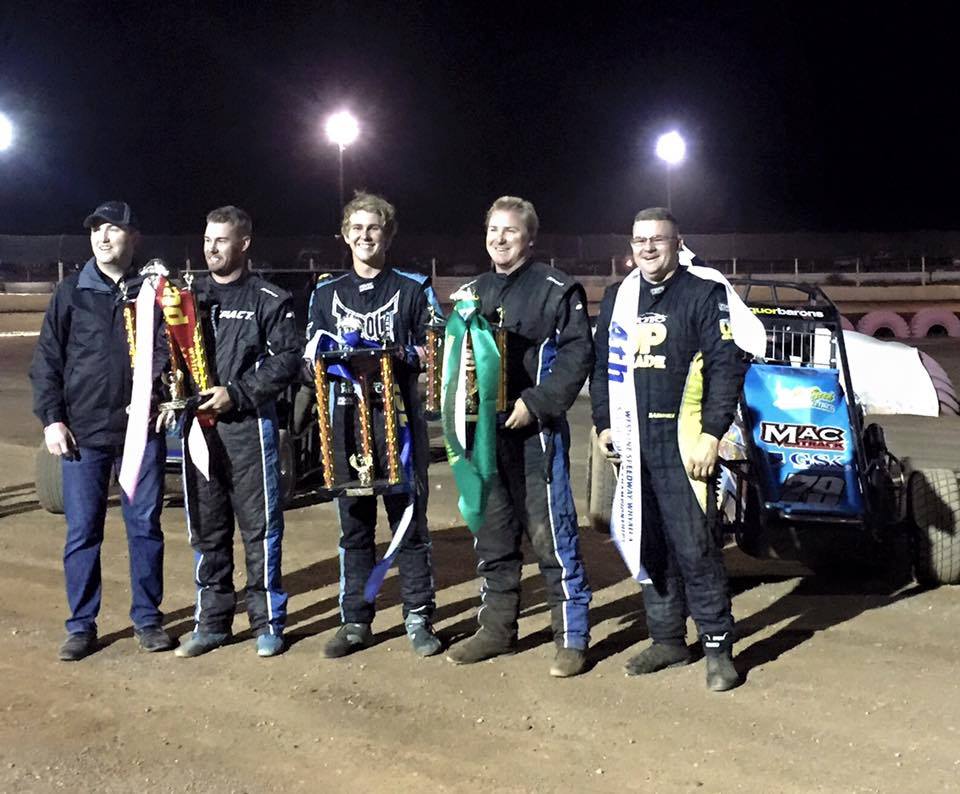 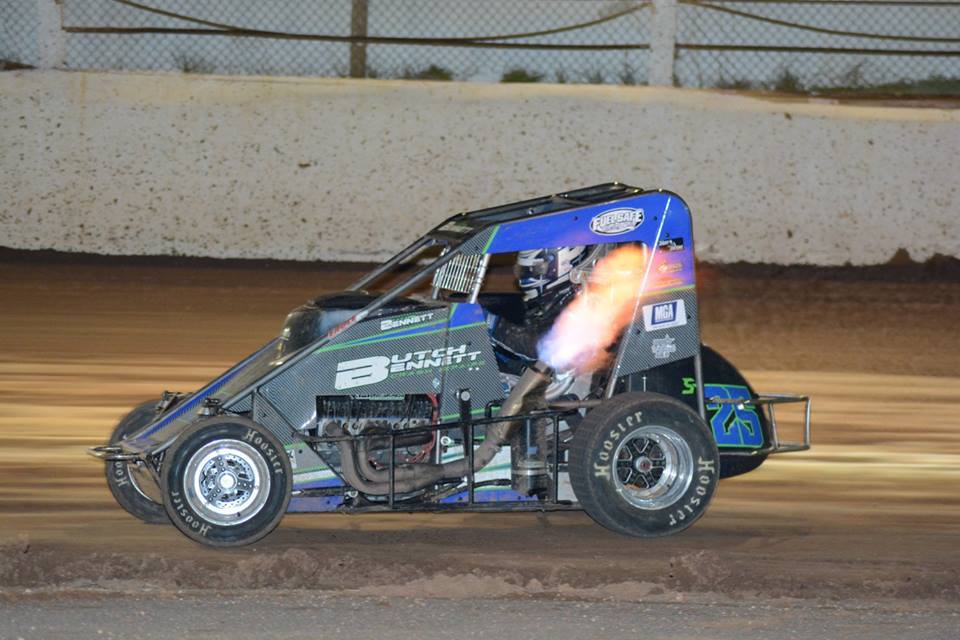 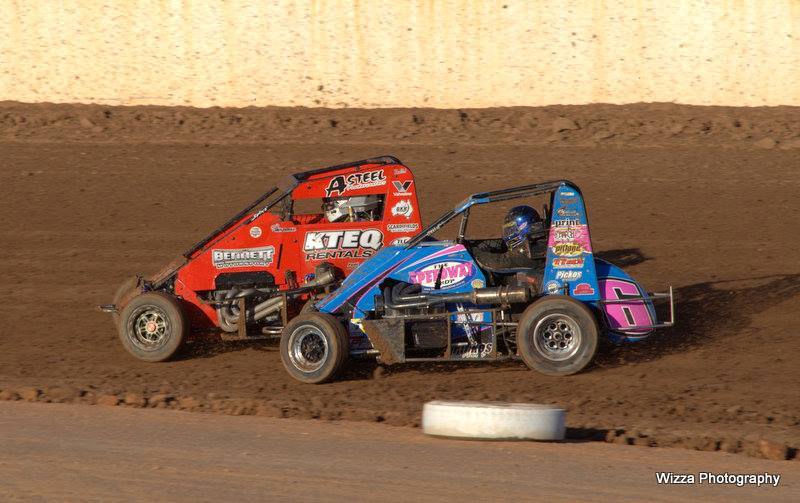 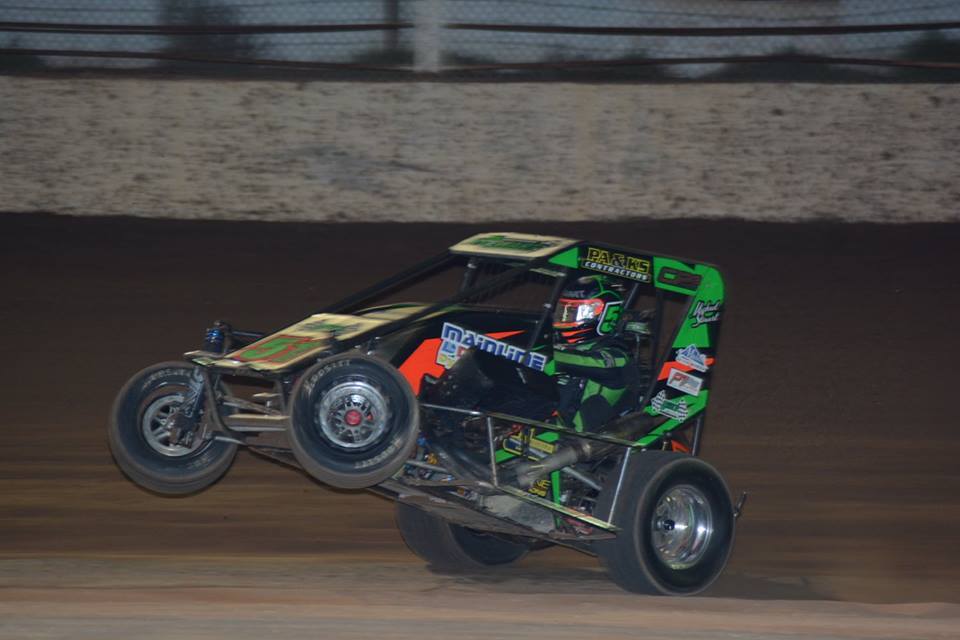 After struggling with a brake issue in qualifying heats, Rowe used the KR&MA McArdle & SONS Transport Knock-Out to advance from 5th in points to the front row of the A-Main alongside Bennett, who took the Knock-Out win, with Murphy out of position three, SA's Nathan Squiers and Ben Hall from 4th and 5th respectively; and Harders claiming 6th position for the 30-lap decider.

Rowe got the jump at the start with Bennett quickly slipping in behind him; before the pair set-out for an all-out battle! Behind them the war continued with Murphy, Hall, Harders, Squiers and NSW's Michael Stewart trying every line in an attempt to get the up on their nearest competitor.

A caution at almost the mid-race mark due to a stopped Todd Waddell, saw the intensity increase again at the restart as Bennett, Murphy and Hall all stepped up the onslaught. But while Bennett made a number of potential moves; Nick Rowe held his lead for the remainder of the race, claiming the 66th running of the SA title, and became the first Western Australian winner of the event since Wayne Cover in 97/98.

"I just can't thank Westline Speedway Whyalla enough for putting on a great show" noted an elated Nick Rowe after the event; "plus, all the boys for the tough racing, and all the crew at Bennett Motorsport; it was a great night!"

"I would like to thank Westline Whyalla Speedway for putting on a great SA Title for us Speedcars" declared an excited Bennett after the event. "Thank you to my sponsors, Clare Valley Toyota, MGA Insurance Brokers, Hoskin Race Engines, Bennett Crash Repairs & Hatwell Traders. Also thanks to Mum, Dad & Rory for all their hard work. I had great pace all night & enough to take the win, but Nick Rowe drove a great race and I just couldn't quite get around him. It feels great to be SA2 & the only South Aussie in the top 4!".

NSW's Paul Murphy's third place in the SA6 machine also cemented his position in the Five Crown Series which continues into Western Australia in April.

SA Speedcars would like to send out a big thanks to the members, volunteers and sponsors of Westline Speedway Whyalla for a fantastic event. Likewise to the competitors and teams who travelled from across Australia with the support of Speedcars Australia INC. and Speedway Australia to put on another bout of wheel-to-wheel Midget action in South Australia. Your support is very much appreciated!